If you’re in Canada you’ve probably noticed that legal cannabis is ridiculously expensive. And if you’re anything like me, you’re probably not interested in buying from one of the sketchy online dispensary’s. But there is a way to get legal cannabis for a good price. Growing cannabis is entirely legal and way less expensive than buying from dispensaries in the long run. One thing that turns people away from growing cannabis are the up-front costs. These costs can depend on lots of factors but generally, a good indoor setup is going to cost anywhere from $800-$3,000+

We already have in-depth articles for most of the topics we go over in this. I’ll leave a link at the end of each subheading to each specific article.

Before You Start Growing Cannabis

Growing cannabis from a beginner’s perspective can seem very overwhelming. It’s not as difficult as some people make it seem but there are some things that you’ll need to know before you can start growing.

Are You Going to Grow Outside or Inside?

We’re going to go over a list of things you should take into consideration before you decide if you’re going to grow indoors or out. First, let’s start with growing cannabis outdoors:

Things to Know before growing cannabis outside

Some of the benefits of growing cannabis outdoors

If you want to read our full comprehensive guide to growing cannabis outdoors, we have an article here.

Some of the benefits of growing cannabis indoors

Regular cannabis seeds are totally natural marijuana seeds that have not been chemically altered or genetically modified in any way. They are pure genetics, bred from male and female parents and produce approximately 50% male and 50% female offspring.

autoflowering strains automatically switch from vegetative growth to the flowering stage with age, as opposed to the ratio of light to dark hours. autoflowering seeds don’t require the same level of complexity of care as the other cannabis seeds in order to yield a bountiful harvest.

Feminized seeds are bred in a way that enables them to develop and flower as female plants only. Their breeding process eliminates virtually all male chromosomes; the probability of female plants growing is 99.9%

The cost of growing cannabis depends on a lot of different things. First of all, the seeds cost around $15 a piece. The price can be less if bought in bulk as most seed banks have specials if you buy in bulk.

Also, if you’re a first-time grower it would be a good idea to buy a few seeds even if you only intend on growing one. Most beginners (myself included) have problems there first time growing.

The cost of growing cannabis

If you’re growing cannabis indoors it’s going to be more expensive You’ll need to regulate the climate, the lighting, and if you don’t want it to smell you will need a carbon filter & a fan.

The next thing you’re going to need Is lights. The cost of lights for a three plant growing system is going to cost anywhere from $50-$300. For example, a 140-Watt light could cost over $300, but is far more energy efficient than some of the cheaper lights.

Electricity costs are going to depend on the kWh that you pay. The national average in the united states is approximately $0.13/kWh. Overall, the cost of electricity for a single grow light is roughly $4 per week. For three lights and a 10-week grow, your electricity cost is $120 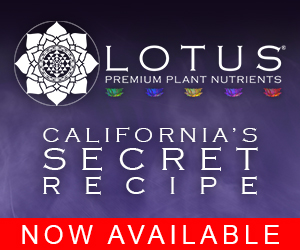 Carbon filters are not necessary but they’re commonly used because they help eliminate the smell of cannabis. For a decent filter, the price is going to cost around $100. You will also need a fan to circulate the air inside and on average these cost around $30.

Depending on if you’re using hydroponics or soil the pricing Is going to differ. The price for an 8 pot hydroponics system is around $200. But it’s important to remember that these systems can be less or more. Some of the high-end hydroponic pots can range up to $1500+.

The nutrients for a hydroponics system can cost between $20 and $50, while there are also nutrient kits on the market for $80+. Like pretty much everything else on the list, the price fluctuates based on quality. 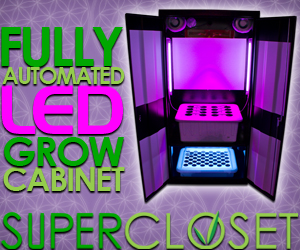 If you’re growing in soil you will need to buy different sized pots. This way as your plant grows you will transfer them into bigger pots. You also will need to purchase the soil. Other equipment that people use when growing cannabis in soil is stakes, zip ties, and screens.

And finally, you’ll want to purchase a pH level test kit. These test kits are only about $20. If your crop’s growing medium is outside the 6.0 to 6.8 range (5.5 to 6.5 for hydroponics), the ability of the plants to absorb nutrients will be compromised. So it’s very important to know the pH levels of your plants at all times.

If you’re not interested in building your own grow room, there are some other options out there. Some companies offer pre-built grow rooms that look similar to cabinets & dressers. They come prebuilt with lights, fans, and pretty much everything you need to start growing cannabis.

one of the most popular pre-built grow rooms is The Superbox from supercloset.com. If you’re interested in prebuilt grow rooms we have a list of the best out there here.

1 thought on “Everything You Need to Know Before You Grow Cannabis!”